How Can Martial Arts in Gold Coast Can Stop School Bullies? 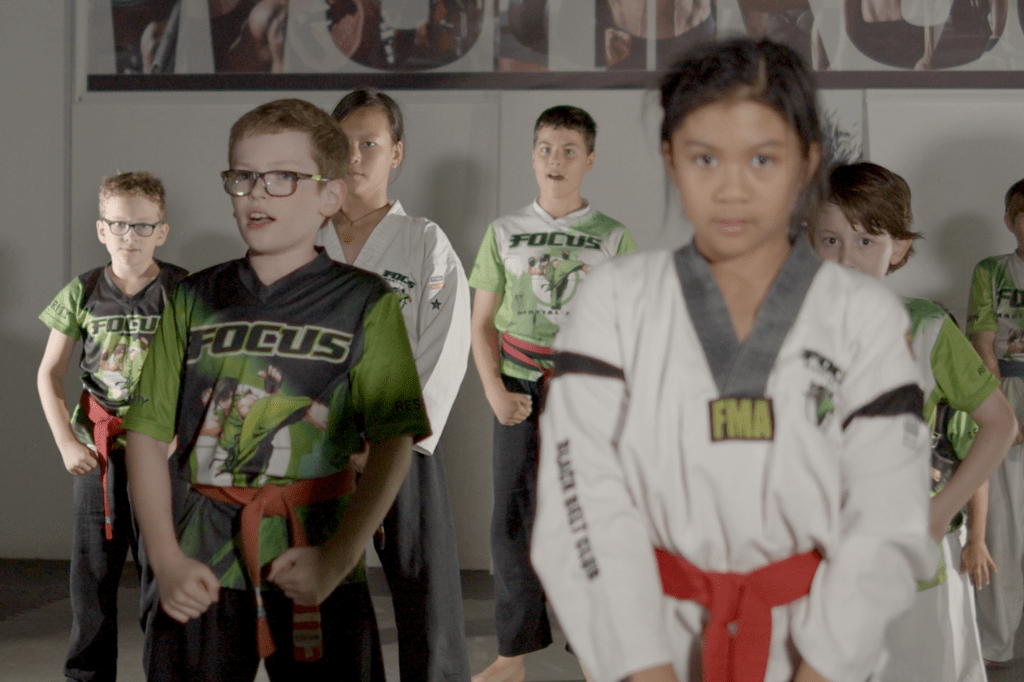 It’s 9 a.m., you’ve just had a cup of coffee and it is quiet since the kids are at school.

You dropped them off about 2 hours ago but as you get ready, your phone rings — it’s the school principal.

“I’m sorry to tell you your son Johnny was in a fistfight.”

The school principal said that the 8-year-old wasn’t certainly the culprit who started the fight. But he did hit back and will be suspended from school for a week. Unfortunately there was some bullying going on in the playground involving your son and another student.

Strong words were exchanged including some hitting. Ultimately both boys ended up with black eyes, cuts, and scrapes, and of course, bruised egos.

You subsequently thank the principal and say you will pick Johnny up shortly.

You don’t want to condone a fight. But at the same time you do want to help him learn how to protect himself from such a future situation.

The more you think about it as you’re driving, the more you realize this is a problem … so, what’s a parent to do when their kid is in a fight? Bullied? Is there an easy answer?

Bullying, unfortunately, can have lifelong effects as well as cause kids to not want to go to school. They avoid hanging out with their friends, or be involved in other school activities subsequently. Most importantly, you don’t want your child to suffer from bullying even for one day.

And then luckily a light bulb goes off. You remember your neighbor telling you her daughter was learning martial arts at Focus Martial Arts Gold Coast.

Yes, perhaps enrolling your child in martial arts could help her/him gain confidence. Nonetheless, he/she will learn to defend himself/herself. On the way home you call your husband and you both agree a kid’s self-defense at Focus Martial Arts Gold Coast to combat bullying sounds like a good idea.

Focus Martial Arts Gold Coast offers martial arts classes to youth and teens.  We help those who are being bullied to help ’empower’ them and build up confidence that will help when he/she attends school daily. Classes at Focus are diversified and don’t just center on the fighting element but a slew of factors.

Enrol your kids in a Gold Coast martial arts class at Focus Martial Arts Gold Coast. Because if you do this, your kids will be involved in an art that spans centuries.

After all anyone can take martial arts and become well-versed by enrolling here. Thanks to the thorough and in-depth training being offered at Focus Martial Arts Gold Coast.

For youth, teens, and preschoolers, Gold Coast martial arts classes can be great for teaching self-defense. They can certainly defend themselves from would-be attackers as well as defense in general.

Again, martial arts can also be a good way to learn balance, keep fit, and in general have fun.

Learning martial arts poses, and how to effectively use them to defend oneself is an excellent way. Therefore, it teaches kids how to defend themselves from bullies, fighters, and others who want to do them harm.

Parents and people in general have turned to Focus Martial Arts Gold Coast for years for its superb martial arts classes and instructions. Many have been in the same boat and have learned that kids and teens’ self-defense martial arts can maximize their child’s potential and jump-start development.

Additionally, the cost won’t break wallets either. So by enrolling kids or teens in Focus Gold Coast Martial Arts kids, adults, and teens, even toddlers and preschoolers could very well see results in as less as one week.

Isn’t it time to give your child a leg up on defending himself/herself while being here? If not then why are they in Focus Gold Coast martial arts classes five days a week or involved in after-school sports? Additionally, martial arts are also known to build gross motor skills all while they are enjoying the classes.

Even preschoolers can benefit from taking classes and use the tools they need to increase their development fast at Focus Martial Arts Gold Coast.

Self-defense is something all kids should have in their back pocket. So they can protect themselves and be armed with the skills they need should they suffer from an unfair advantage.

Kids may want to take a Gold Coast after-school martial arts program or simply attend a few days a month. After all any form of martial arts will help them stand up for themselves and against bullies .

Letting your son, or daughter enroll in a Gold Coast kids martial arts class at Focus will be one of the best things you ever did.

In short the next time the phone rings you won’t have to worry that it’s the principal calling to say your child has gotten into a fight because he/she was bullied. Of course, that’s because he/she will know exactly how to defend, react, and if necessary, try out some of those fancy Gold Coast kids martial arts moves she/he learned at Focus Martial Arts Gold Coast.

You definitely can’t go wrong by letting your child take a martial arts class – or two at Focus where they learn everything from A to Z about the fine art of martial arts. They will officially be able to say, goodbye to bullying and hello confidence. So thanks to taking kids self-defense, teens self-defense, toddler self-defense, or pre-school self-defense at Focus Martial Arts Gold Coast.

Fitness and Self Defense, two major goals parents have when looking for Teen Martial Arts in Brisbane. It’s time to give your teenager a workout they will enjoy and will relieve teenage stress and build confidence.

Discover why parents love our Family Martial Arts lessons in Brisbane. "A Family that Kicks Together - Sticks Together!" What other activity or sport can you all do together, that you ALL enjoy?

Sick or boring fitness workout? Imagine a fun, calorie-burning, body-toning workout that you LOVE! Perfect to do with friends, or make new ones. Cardio Kickboxing is a workout like no other! our Fitness Kickboxing Classes in Brisbane is where you will see real results. Many losing 10kg+ in a few short weeks! Are you ready to for a change?

Fitness and Self Defense, two major goals for anyone looking for Brazilian Jiujitsu in York . It’s time to change up your work out and get the results you’ve been looking for.

An after school pick up service that you can have peace of mind, knowing your kids are getting life-long benefits of building confidence, focus, resilience and mental toughness. Our kids martial arts classes, as a fun after school program are the perfect alternative to OHSC. Plus lot of school holiday activity choices in our Brisbane martial arts academies.