Learn Martial Arts in Brisbane How To Reduce Bullying in School? 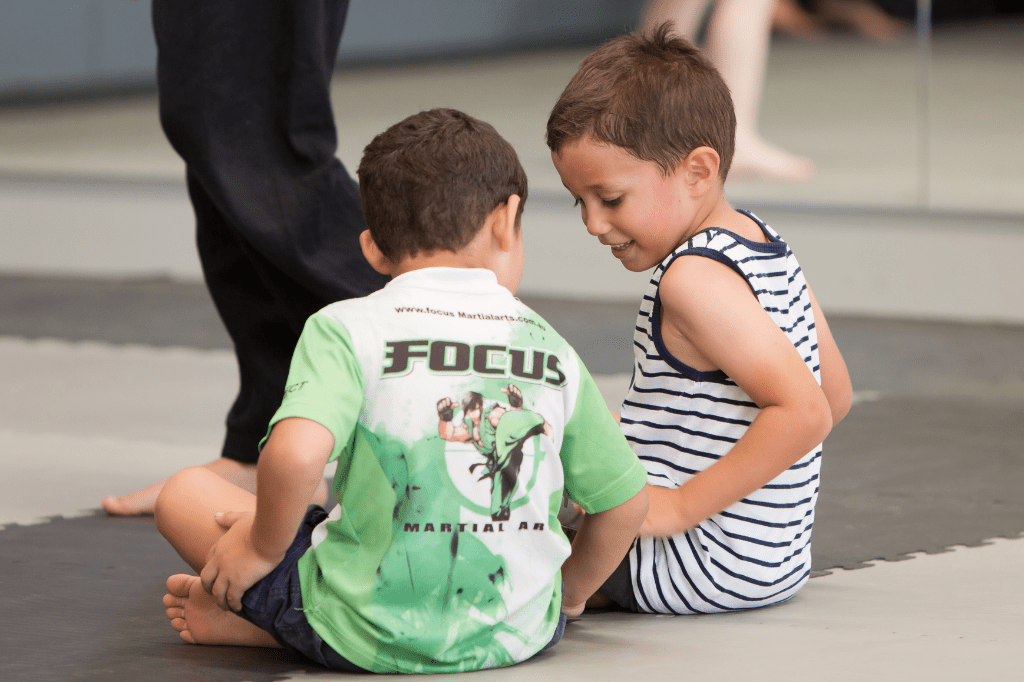 This short but true story that happened to me answers the question, “Can learning martial arts in Brisbane reduce bullying in school?”

“Why did you let that kid pick on Steve?” my father demanded, chastising me severely.

I couldn’t tell him that I was afraid of the bully, so I said nothing and endured his anger.

The next time a bully picked on Steve, I stepped in and fought as my father had taught me to do.

“Why did you fight with that kid?” my father shouted angrily at me after getting off the phone with the kid’s mother.

“He was picking on Steve,” I said.

My father’s face relaxed instantly, and he turned away.

Interestingly, all the kids at school started treating my brother and me with respect after that.

We both won many friends.

Now that I have kids, I understand that it’s possible to deal with bullies non-violently from a place of relaxed self-confidence without fighting. But the ability to be calm and self-confident in the face of aggression comes from the sure knowledge that I can defend myself and my loved ones if I need to.

The effects of bullying in Brisbane schools

The Australia Covert Bullying Prevalence Study reports that bullying is “…affecting approximately one in four Year 4 to Year 9 Australian students (27%). Frequent school bullying was highest among Year 5 (32%) and Year 8 (29%) students.”

Bullying in those age groups can be highly detrimental to child development. These children are very impressionable because they are grappling with adjusting to the maturation of their mental and emotional processes. They are also forming lifelong habits and ways of relating to others.

Bullying is a serious problem in Brisbane schools that has adverse effects on child development and parents. Bullying affects everyone. Kids who get bullied, kids that do the bullying, and kids that watch the bullying are all harmed. Then parents must deal with helping their children heal.

Kids who get picked on can suffer from physical, emotional, and mental health issues, including depression. They’re also likely to experience poor social skills and weak academic performance.

Kids who do the bullying often engage in other violent or risky behavior. They are more likely to:

Kids that watch the bullying can become prone to using drugs, alcohol, and tobacco. They also suffer a higher incidence of depression and anxiety and may take to skipping school.

Bullying can also result in severe expenses for schools. The elite Brisbane Grammar School was sued for $2 million because it allowed bullying to happen in school.

It’s crucial for children to develop the skills they need to defend themselves along with the self-confidence, good social skills, and self-discipline they will need later in life. Becoming proficient in martial arts gives them all these essential skills.

The results of kids learning martial arts in Brisbane

Six years old is an excellent time to start Brisbane kids’ martial arts classes, but younger children are welcome too in preschool classes. In our after-school martial arts lessons, children learn crucial disciplines that will stay with them throughout their lives.

Improved concentration comes as the result of practicing sequences.

Respect for teachers and fellow students is built into martial arts systems.

Listening and learning skills grow as children observe their teachers and then put into practice moves they have seen and heard explained.

The advantages of teens learning martial arts in Brisbane

Anyone who’s been around teenagers can tell you that they have a tremendous amount of energy to burn off. After a day of sitting in class, teen self-defense lessons in Brisbane give teenagers a healthy outlet for all that energy.

And parents have the relief of knowing that healthy martial lessons fill the hours between getting out of school and dinnertime. Here are a few of the areas of teen development that we address at Focus Martial Arts.

Peaceful conflict resolution is highly prized by our instructors. By focusing on self-defense, teenagers learn that violence should be avoided and only resorted to out of necessity.

Self-discipline is necessary to be successful in learning teen martial arts.

Goal setting and self-improvement are built-in to teen martial arts training through the ranking system. If a student wants the recognition of advancing to higher levels, they must discipline themselves to reach their goal.

The benefits of parents learning martial arts with kids

Entire families are increasingly coming to learn martial arts together at Focus Martial Arts School in Brisbane because of the innumerable benefits it brings.

In our Brisbane family martial arts classes, families learn how to have fun together while practicing self-defense, becoming physically fit, and growing self-discipline and self-confidence.

Spending quality time together really changes families. They bond together and start solving problems together, developing trust in one another.

Unlike watching TV or playing video games together, learning martial arts as a family engages everyone on all levels. Martial arts practitioners grow physically, emotionally, mentally, and spiritually.

Several years ago, my good friend Joshua started taking Alicia, his young daughter, to karate classes. At first, Joshua was just the girl’s taxi driver who looked on.

As Alicia advanced up the ranks in karate, Joshua and I noticed the positive changes in her and their relationship. Alicia became more confident, started making more friends, and became much more disciplined about doing homework and taking care of her duties at home.

Fitness and Self Defense, two major goals parents have when looking for Teen Martial Arts in [spark_fields id='city'] & Gold Coast. It’s time to give your teenager a workout they will enjoy and will relieve teenage stress and build confidence.

Discover why parents love our Family Martial Arts lessons in [spark_fields id='city'] & Gold Coast. "A Family that Kicks Together - Sticks Together!" What other activity or sport can you all do together, that you ALL enjoy?

Fitness and Self Defense, two major goals for anyone looking for Brazilian Jiujitsu in York . It’s time to change up your work out and get the results you’ve been looking for.!

Sick or boring fitness workout? Imagine a fun, calorie-burning, body-toning workout that you LOVE! Perfect to do with friends, or make new ones. Cardio Kickboxing is a workout like no other! our Fitness Kickboxing Classes in Brisbane is where you will see real results.

- SELECT A CLASS OPTION BELOW -
Classes in Brisbane

An after school pick up service that you can have peace of mind, knowing your kids are getting life-long benefits of building confidence, focus, resilience and mental toughness. Our kids martial arts classes, as a fun after school program are the perfect alternative to OHSC. Plus lot of school holiday activity choices in our Brisbane & Gold Coast martial arts academies.